It is chilly here in Northern Maine today. I started off the day with a sermon from my church that I missed a few weeks ago. One of my favorite parts of Framework Church is that the sermons are online in case you can't make it or missed a week. It's also nice to go back and re-listen to a sermon that you've listened to before. You always hear something different. 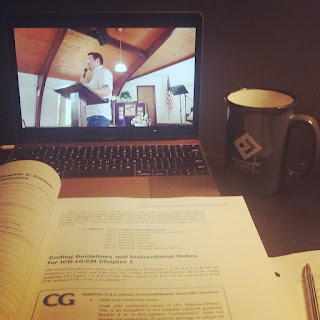 I had a membership class that Tatty and I went to yesterday and we received these amazing mugs from Framework also.
As you know, if you read my blog, I am currently in college for Medical Assisting. I have decided this year that I am double majoring in Medical Coding and next year, I will begin the Registered Nurse degree. My ultimate goal is to be a traveling nurse with a side job of medical coding on the road with my husband. He is taking the Medical Coding Certification right now. I am so excited for him right now.

So I began by telling you that I was having coffee, watching a sermon and attempting to do my homework. I also made two types of corn chowder today. Tatty is becoming a vegan so I made her a vegan corn chowder. I'll post my notes and the original recipe further down. I am also making corn chowder in the crockpot. A little later, I'll be making either pumpkin chocolate chip cookies or just chocolate chip cookies. With the feeling of fall in the air today, I feel like baking and cooking up yummy stuff.

So the vegan corn chowder. I didn't follow the recipe to a "T" because Tatty is allergic to garlic and I used frozen corn instead of corn on the cob. However, It still has amazing flavor. This recipe calls for coconut milk and coconut cream. I used almond milk and no cream. It still is thick and smells delicious!

Here is the original recipe: I used the recipe from Loving It Vegan 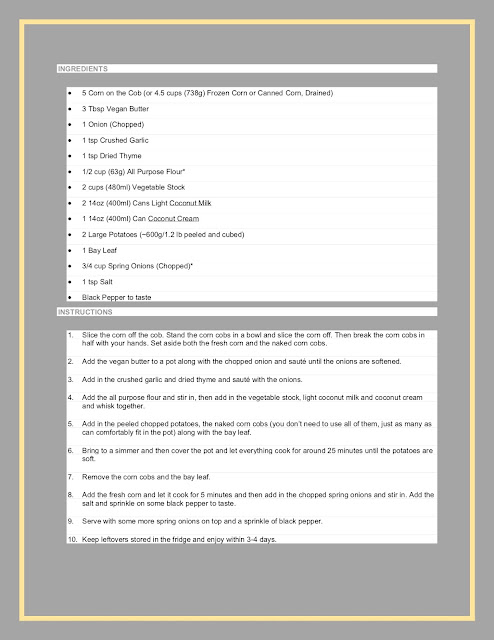 So instead of using the coconut milk and coconut cream, I used almond milk. I used chicken broth because we didn't have the vegetable broth, and I used frozen corn instead of fresh corn on the cob. I used the same amounts of these but tailored it to her needs. She can't have garlic so we didn't put any in. I didn't have a full bay leaf so I put ground up in and left it in. It thickened up nicely and tasted delicious.

I made a separate corn chowder in the crockpot for everyone else. That is currently cooking and smelling amazing as well. 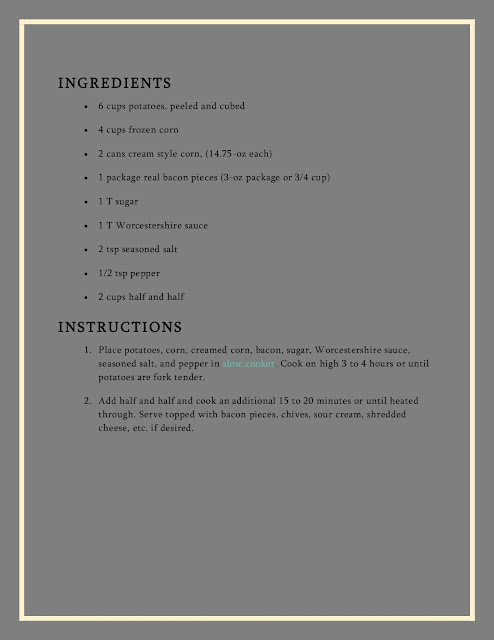 I hope you enjoy this beautiful football weathered day. I know I will.
- September 15, 2019